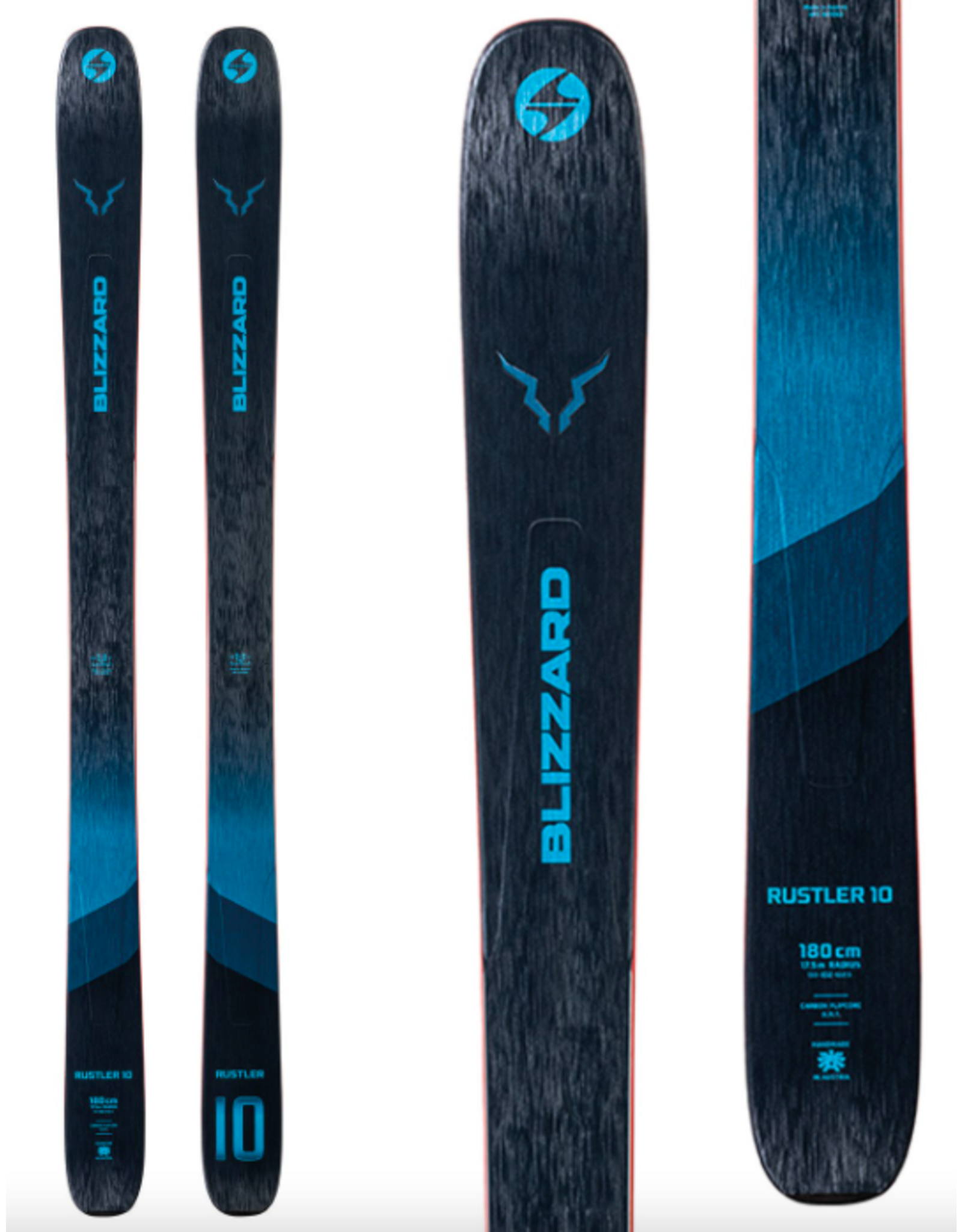 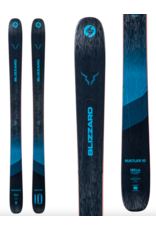 There's a lot of skis out there that sell themselves as a quiver of one, but the Blizzard Rustler 10 Skis just might be the real deal. At 102-104cm underfoot (depending on length), they live in that sweet spot that's big enough to bust through crud and float the powder, but still narrow enough that it's not a chore to toss around edge all day when conditions are a bit firmer. What the Rustlers do best is rip at high speeds, but they pivot easily at lower speeds too, and have tons of energy to pop around just doing whatever you want on the hill.

Rocker Camber Rocker – Ski profile with rocker at the tip and tail, camber in the middle. Reducing the pressure on the edge at the tip and tail makes the ski even easier to handle and increases flotation on powder snow. The camber guarantees great grip on packed snow.

Carbon Flipcore Technology – A revolutionary rockered ski production process that incorporates a uni-directional carbon frame onto the core of the ski that results in great performance with a light and easy feel.

Carbon Flipcore D.R.T. – Blizzard's Dynamic Release Technology utilizes a specially shaped Titanal component that is full width under the boot but tapers toward the tip and tail of the ski, to increase the ski's playfulness without the weight penalty and without sacrificing stability. Combined with unidirectional carbon fiber in the tip and tail, longitudinal stability is retained while torsional rigidity is lessened for a more playful and less hooky feel.

Sandwich Compound Sidewall – All Blizzard skis with the exception of some junior skis are built with ABS or Phenol sidewalls for superior performance (stability, power transmission, handling) and durability.

We recommend a brake width equal to or at most 15 mm wider than the ski waist width.